Today I had a very insightful lunch interview with a local business owner. We were talking about leadership decisions.

While driving he said something that was so powerful to me that I must mention it here.

In essence, he said,

Any person can be skilled enough to do a job function, but when hiring I’m looking for someone with integrity, honesty…character. That’s what makes a worker valuable to me. Not skill.

That statement made me start to parallel what I see within sports. 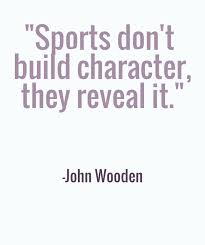 Every year hundreds of thousands of students graduate from college with skills to do the job for which they studied.

Every year hundreds of thousands of athletes graduate from High School with enough skills to make it to a collegiate sports program.

Every year hundreds of thousands of athletes compete for their program with the skills they have.

And every year hundreds of thousands of people get fired from their job because of lack of discipline; and thousands of collegiate athletes leave or get cut from their program because they either don’t like structure or they lack the character to submit to accountability.

Every year hundreds of thousands of student-athletes don’t take personal responsibility to develop their skills.

I think I understand what my business friend was saying; he was saying that character is the barometer for how well a skill will be displayed in his business.

How does a coach or a business owner find a person of character? Actually how does one build character if that’s what makes one valuable?

I read an article once where a football recruiter was in the home of an athlete having dinner with the recruits family. The recruiter mentions hearing the recruit tell his mom to ‘shut up’ and that was enough for the recruit to take note that he won’t be bringing that kid on board. I guess character is important huh?

Athletes and students listen up! There are many people with skills but there aren’t many with character.

Just a little something to think about. And athletes remember the things you said in your recruiting interview.  #PushForward 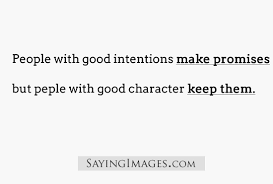 Mile 137: Who am I to say THIS about Cancel Culture! iS IT TRUE?

This new space in our culture called “cancel culture” where any person who disagrees with the growing popular perspective or have made a misstep verbally or behaviorally, whether in the present or in the past, can be cancelled (i.e. have economic means negatively impacted) is the epitome of a self-defeating movement. But…. This is not […]

Mile 137: (Question 3) Dealing with the rising emotions from the murder of George Floyd: a performance psychology strategy perspective.

I never thought that this process would have opened up the amount of deep conversations I’ve had with friends and colleagues because of what they’ve read in these posts. I appreciated every connection. Before I get into answering my final question in my process, I want to mention how inadequate what I’ve said and am […]

Mile 137: (Question 2) Dealing with the rising emotions from the murder of George Floyd: a performance psychology strategy perspective.

I have meditated on part 1 of my performance psychology strategy of analyzing my internal world because of our current cultural climate for a few days now. I’ve gotten to speak with some friends, pastors and business folk about their pov and listened to some podcasts. I’m trying to get different vantage points so I […]